Unity issue: non-java resources are not included in final apk

Starting from January I’m working for a company called GetSocial. We are focused on powering more engagement, players and revenue for games by providing easy-to-integrate social building blocks. We already have Android and iOS SDK published, and my first task was to build Unity SDK on top of native ones.

Recently I found that non-java resources (e.g. images, properties, xml configurations) from included jar libraries are not copied to the final apk during Unity Android build. As a result as soon as we try to load them from a java side - application crashes with I/WindowState﹕ WIN DEATH: Window... exception.

During native Android SDK development, we had the similar issue but it was easily solved by additional gradle configuration. In the case of Unity there is no easy way to modify apk build process. For sure you can make some magic with apk decompilation, modifying and packaging back, but that’s not the solution we’re looking for.

Here is a simplified diagram for Android apk build process: 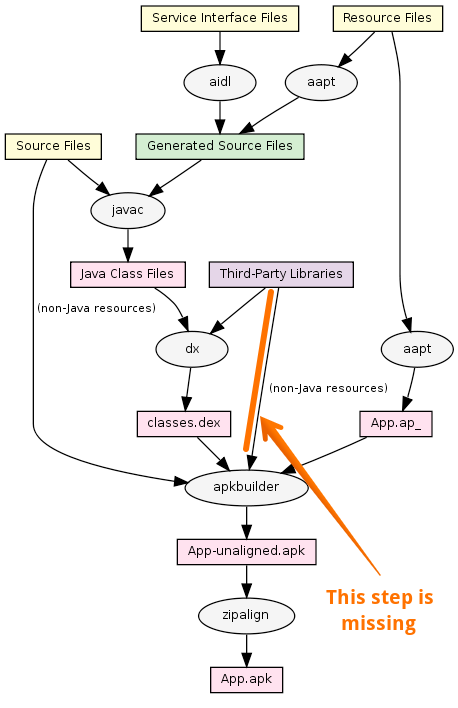 For a temporary solution, there are two approaches:

I’ve created a small demo to show off the problem. It consists of 2 parts: