I had a small problem with displaying Cyrillic app name on PlayBook and BB10 simulator. App name was incorrectly encoded from Russian after converting using apk2bar tool. Problem appeared after updating bb eclipse plugin from version 1.3 to 1.5, with plugin v.1.3 it worked just ok (the same issue was with command line tools). 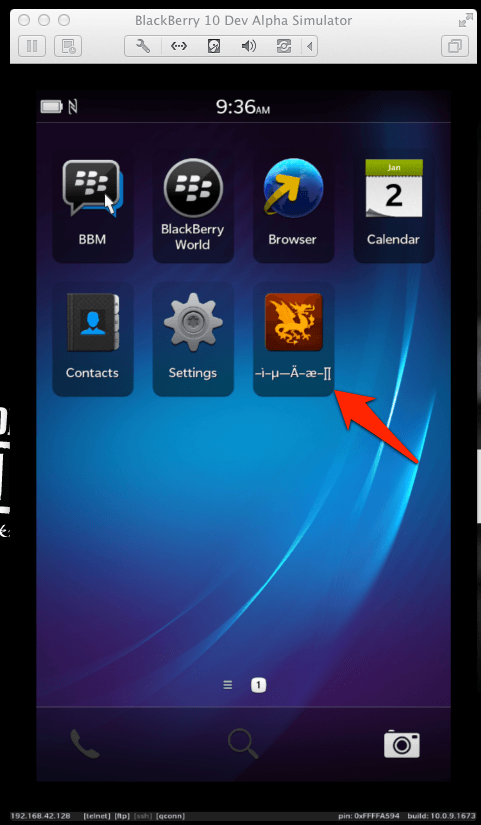 When I got problems with encoding with bb eclipse plugin, I decided to do the same thing with command line tools.

After tools setup (sing keys, debug tokens, etc), I’ve tried to repackage my apk file with this command (source apk file was in apk/ folder and destination for bar file was bar/ folder)

When I’ve got .bar file, I’ve installed it with command:

When I unzipped bar file and opened MANIFEST.MS- I’ve found this line:

According to documentation solution should be quite strait-forward: